“A Death in Brazil: A Book of Omissions”, by Peter Robb, Bloomsbury. 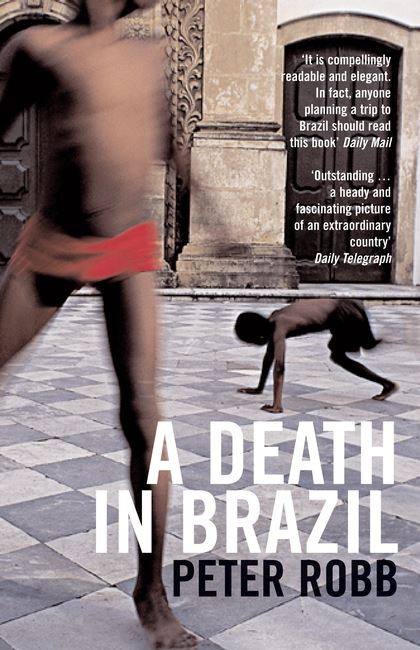 If I were to trawl through my notebooks, through the shapeless lumps of bytes that make the impalpable documents folder in my laptop’s solid-state drive, I’d find a page, or many a .docx files, titled exactly like this post. They all lay where they fell, either crumpled into virtual ball in the “Drafts” sub-folder, or stricken through with a pen tract as exasperated as I was when I did it.

Why did it take so many attempts, then?

Well, one reason certainly wasn’t that I found Robb’s book to be bad. Come think of it, I can fill as many lines as you want slagging off something or someone – I did a guest article over Brexit that had to go through six iterations to keep it below six pages – so that definitely wasn’t the case. What was it, then?

The real motive was that none of my attempts seemed to be any match – or rather doing any justice – to the book of which they were intended for. And, for the record: I don’t think this attempt is going to be any better either; it’s just that I’ve reached the end of my abilities and I don’t want to give up on it. Sure, it’s unlikely that Peter Robb will ever notice whether, somewhere in the dark recesses of the web, “Are we there yet?” has or hasn’t reviewed his book, but not giving it a go seemed to me a bit of an injustice, for this is an incredible piece of literature.

Peter Robb is a writer I’d be giving an arm, a leg or any other organ of choice to be like. I read somewhere a literary critic suggesting that every chapter ought to be gripping and captivating from the get go and, truth be told, every chapter of “A Death in Brazil” felt like a grappling hook thrown surefire to the railing of my imagination, dragging me into a landscape of the mind as colourful as the rainforest that once stood where Rio now sprawls and as enticing as a read of Bangüê’s menu, Robb’s favourite restaurant in Recife. Not convinced? Read these opening paragraphs and if you’re not feeling an almost physical desire to know more, then I’ve bad news for you.

“Like everyone, I went to Brazil to get away”
“Murders happen everywhere and mine most nearly happened in Rio”
“A tribal leader’s daughter, living on the lower Amazon river, became pregnant a long time ago”.

Once captured by intriguing incipit, what followed was only better. This isn’t exactly a travelogue and nor is history or journalism; in facts, it’s all three combined, sparkled with effortless flair and elegance. Robb writes well and knows it, but needn’t rubbing it in your face; he offers you a comfortable voyage, a sumptuous leather chair where to read long, fascinating pages about the forgotten coastal and outback cities of Pernambuco, reaching the poetic summits of Bangüê and Porto de Galinhas. Those lines are the proof that you can describe something, and bring your reader there with you, without having to insert as much as a photo. It helps if you’re Peter Robb, of course.

Sometimes there would be excursions into Brazil’s history, forays rich of anecdotes that canonic history often abandons in the dust – the ridiculous, the shameful, the outright embarrassing – all told with the same vividness that took you to travel to Salvador with the inquisitors, or perches you high up above the Nordeste scrubland, witnessing the last hours of Canudos.

There is, eventually, the double story of Fernando de Collor – of his breakneck rise and spectacular crash – and of Lula da Silva’s long road out of the outback and into Brasilia. I read these pages during the protests against Dilma Rousseff and the Petrobras affair and I couldn’t help myself wishing that a fellow commuter handed me a new version of the book, because all that charade cried out for someone like Robb to tell it.

Do I think I made a good job out this review? Have I given justice to this incredible testament of affection to Brazil? No, I don’t think so. I can’t help feeling like Chuck Norris against Bruce Lee at the Pink Floyd-esque ending of Way of the Dragon, doing my damnest but being unable to match the prowess of the maestro.

9 Responses to “A Death in Brazil: A Book of Omissions”, by Peter Robb, Bloomsbury.